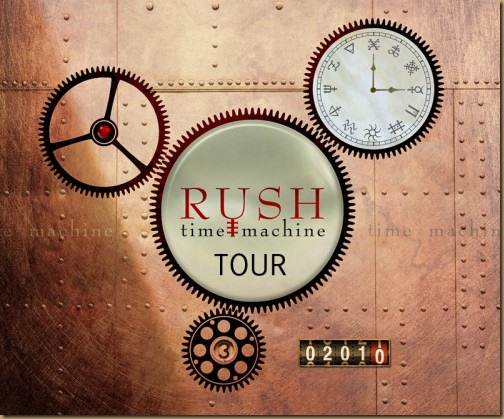 Another three years have passed since Rush came to town. And in that time a lot has changed. I’ve changed jobs, kids have graduated, I’ve moved houses, we have new dogs and countless other things that I can’t remember right now. In the back of mind I’ve been waiting for them to come back. And tonight they made their long awaited return. Not only was I floored by their skill, humor and friendship I was also amused by the passage of time within my own life. To be sappy for a moment I can mark a great deal of my life according to Rush albums and songs.

I remember hearing Rush for the first time when I was around 16. By then such power albums as Moving Pictures, Signals and Power Windows were already out but the music was new to me. I was completely taken with the story in 2112, the deeper meaning within songs like Manhattan Project, Red Sector A, Witch Hunt and Subdivisions. In one way I was absolutely thrilled I’d come to the party late since I could get my hands on so much music. But at the same time I was frothing at the mouth waiting for a new album to come out just so I could hear what they would come up with next.

As the years went by Rush would always be at the forefront of my musical favorites. And every chance I get I go and see them live. I love how they build the sound. There are so many layers and so many additional pieces that to just hear it doesn’t really express the complexity. But to see it in action you appreciate what it takes to make it all come together. It really is like watching musical perfection in action.

And what a show it was. We may all be getting older but they still have every bit of the skill and craftsmanship they’ve always shown. Geddy has all the speed and dexterity when playing the bass and Alex is still playing like a youngster. Neil is tucked away in his drumkit but he’s just as complex and powerful as he ever was.

The Time Machine Tour is all about Moving Pictures and they play some fantastic music. And yes indeed, they play the whole album. There’s plenty of other music in there as well. And even a few new songs. The Steampunk theme was great to watch as well. I have to say, Neil’s drumkit looks absolutely stunning in copper and brass.

They had all the humor, all the antics, all the odd and unusual toys all over the stage. They even had all new comedy sketches to keep the crowd entertained. Who needs Hollywood when you can make your own movies?

It was a great night and I loved being in that crowd. So many good memories from listening to Rush through the years.