Back into the Time Machine 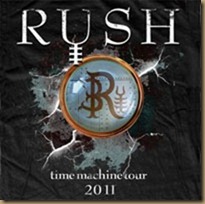 Tomorrow is the big Rush show. I’m very excited. I’ve been reading all sorts of new and stories. I read a letter where Neil is trying to explain to his daughter where he keeps going all the time. Daddy has to play the drums for people. Neil is also on Letterman Thursday night so I’ll have to download that episode. I’m really looking forward to this show. I feel awful for Theo. I wish it could have been our trio going to see that trio. It’s going to be a great night. Don claims he will be wearing a Rush shirt. I’m debating if I should bring out the inner nerd and wear one myself. I have two or three to choose from. Seems so ultra dorky to wear a Rush shirt to a Rush show. I keep reading Roadshow and wondering what Neil thinks of all these fans. I know he loves them, just from a distance.

People were making comment that no fans, autographs or photos would be allowed at the Letterman taping. Again, the more I read about Neil the more I understand. He wants his music to be appreciated, not himself. I guess after so many years and so many interruptions into your personal life you really do just want to do the job and move on. You want to do your best and let the performance speak for itself.

I saw one person said he dropped his drumstick twice. I find that to be awesome. Here is a guy who has spent a majority of his life playing drums. Not just a simple kit either, this massive, almost inhuman piece of equipment. He plays for thousands of people. He plays all year long. He’s a perfectionist. But in front of a small crowd, when the cameras are on, he can still get nervous and makes mistakes. To me that shows he isn’t just phoning in the performance. He’s pushing himself. He’s not playing it safe. He wants to entertain and sometimes mistakes happen. And it bothers him. He walks off stage shaking his head and looking distraught. He even convinces them to let him try again. That’s phenomenal. He doesn’t want to half ass it and go home. He wants to hit it. To get it right. To bring out a great performance. That’s the work of a professional who plays the drums because he loves them. He’s not getting paid so who cares if he flubbed up? He does.

And so what if he doesn’t allow photos and autographs. Sure, as fans we want to cherish and remember that moment in time. But when you’ve had that moment a million times before it does wear thin. And it’s never just that one thing, people always want more. One more photo. One more signature. One more question. I can easily see how that would wear you down. If I ever did get a chance to meet Neil I would like to honestly tell him, thanks for the music, thanks for the books, thanks for the wonderful memories.

It’s amazing to me that people just expect to get something for free. I see Neil has a new book about his travel adventures. People are bitching and complaining that he didn’t add all new content. Originally he published all this on his website which was free. He included lots of pictures to go along with it. Now the book is a binding of that content including the same pictures. People feel duped? How? Why? What the hell is wrong with you people? So what if it’s the same material. My god, no one has ever done THAT before. Now you can take the material with you. You don’t have to read it on a computer. It’s not like he’s charging $700 for the damn thing. $12 is pretty damn reasonable for a book these days. Some people are just ungrateful no matter how you deal the cards. Neil could come to their house, sit in their living room and type it right then and there and they would still piss and moan that it was taking too long.