Stripping away characters with ReplaceAll in Katalon Studio

After reading in text, it’s a common need to replace some of the text or get rid of it entirely. There may be a need to remove a comma, a dollar sign, take off a parenthesis etc.

While ReplaceAll is a simple command, there are some tricks to it, especially when using special characters like $ and ().

As an example, almost all the values on the site I’m working with have $ , and % in the number. In order to manipulate them, those characters need to be removed. It’s common that after a GetText command, there is a ReplaceAll command. Since the $ is a special character, the Groovy interpreter needs to know it’s coming by using a \ before the $

To remove a $ and , from a dollar figure, the following ReplaceAll will work.

The same will be true for other characters like a line feed or return.

In the following table, the text for sales and the figure are read as a single cell, but are really separated by a line feed. When I try to print the result, it comes out as two separate lines. In order to put them together as single entry, the ReplaceAll will remove those characters and put in a hyphen.

//Replace the CR LF from a line of text so it can be printed on one line. Text will be separated by a hyphen

Another example that’s come up is the parenthesis, as in:

To remove the open and close, it could be done as two commands:

Or, using the syntax above, use the pipe | to separate the sequence

Note the ” is two single quotes, rather than the opening double quote. This is the null string and means to remove the characters stated and replace them with nothing. 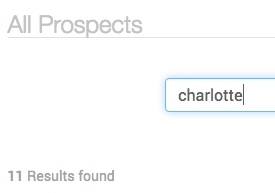 It’s easy to get the number by using:

This gets rid of the space and the text, leaving just a number.

Since Katalon uses Groovy, the ReplaceAll command is very well documented, but these special cases took a little time to find yet are probably the most common to use.