Back to playing the dirtiest game I know

Perhaps it’s the great collection of trail running/rock crawling maps I’ve found. Perhaps it’s the stalwart Humvee, that in the words of Jimmy Broadbent, “is an absolute weapon!” Or perhaps I like living on the edge, of a cliff.

Either way, I’m having a glorious time in MudRunner again. I’ve played it on and off ever since it came out, but now, something has really clicked. Despite how it sounds, delivering logs has been a great way to spend the evening. Or a few dozen in my case.

Now that the standard content is complete, I’ve latched on to a slew of new maps, built specifically for rock crawling and trail running. And I’ve found a couple of great trucks to use.

First is the Humvee. One of many I’m sure. But it is brutally powerful and seems to be able to travel over anything and everything.

Second is “Snot Rocket”, a green counterpart to “Agent Orange”, which is an out of control buggy that has kicked me out of the saddle more than once.

They are total opposites, but my goodness, they are a ton of fun to play with!

With summer fast approaching, now is a great time to jump into MudRunner, listen to the chirp of the birds, the rush of the water, and the awesome power of a smoke billowing assault vehicle!

Nothing can stop me now!! 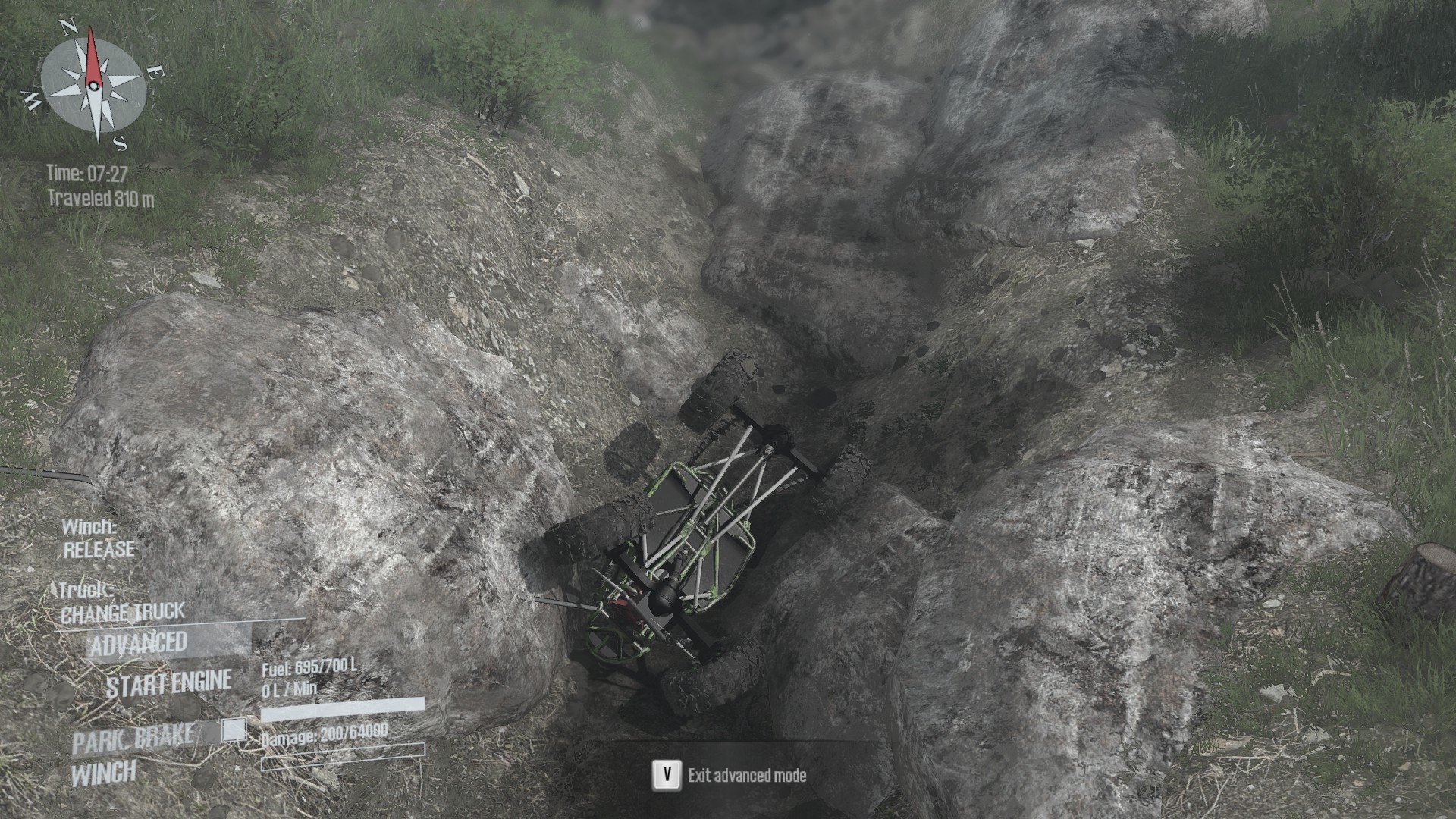 Ok, this is not the first time this has happened. Good thing I brought a winch.