One of the great things about Keyboard Maestro is the ability to design a UI for your macro. Using the `Prompt for User Input` block, the macro can be dynamic in how it works, or perform different functions based on user choice.

The prompt can contain an entry field, checkbox, dropdown, or buttons selections. The result is stored in a variable.

I have several macros with prompts, such as the size of a RAM drive, the number of times to click the mouse, a folder name, and what to rename a file. Those results are then used later in the macro or passed to the shell to move files, or create volumes.

A broad list of examples can be found at the Keyboard Maestro Wiki:

The following examples are the ones I use most:

Here is a simple example of prompting for input. It’s a trigger I use to test how a button handles repeated clicks. 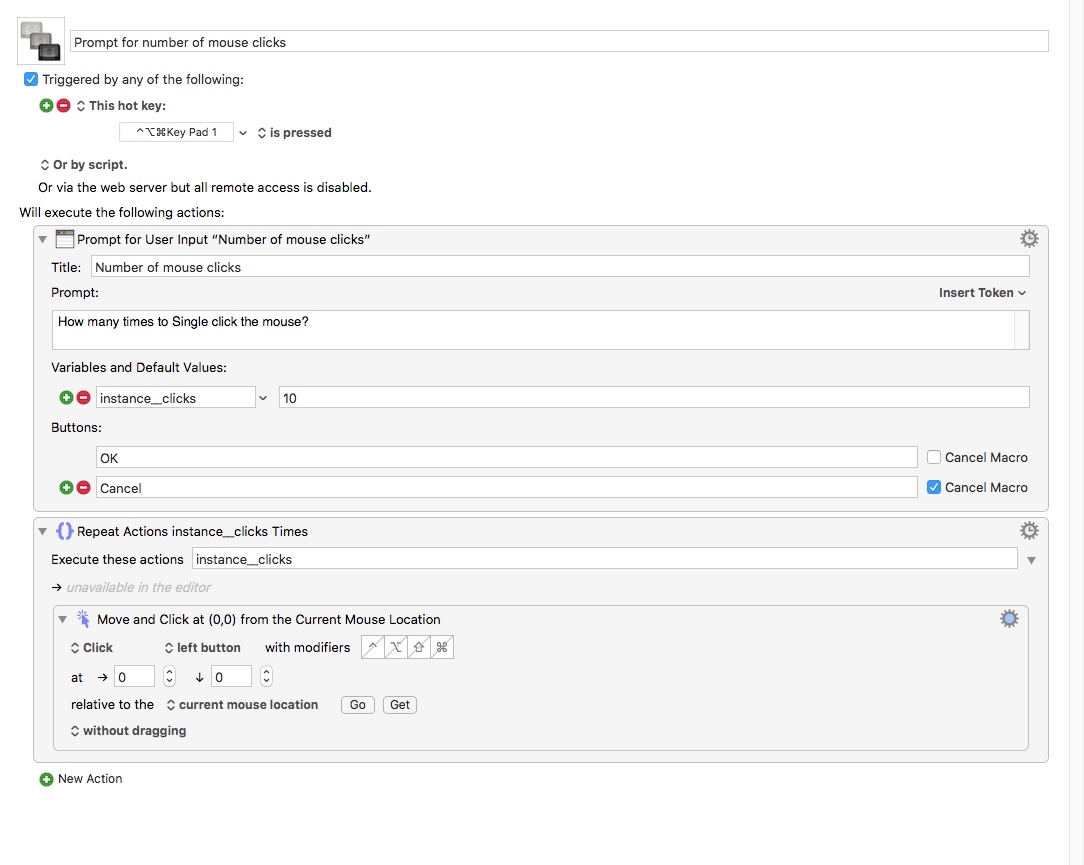 The default number of clicks is set to 10. This can be changed at runtime.

To make note, `instance` means the variable is local to the currently running macro.