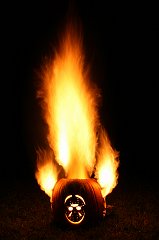 Greetings and Salutations! I was hoping you would eventually come round. We’ve got plenty of exciting things to talk about.

To get things started, I’m a software tester and automation engineer. Katalon Studio is my automation tool of choice and it’s pretty amazing.

In conjunction with that, I like writing technology articles about hardware, software and tricks to get work done. I’ve taken my automation work and applied it to many aspects of the Mac. If I have to do something twice, there’s going to be some automation code. And the Mac has many points of entry for automation, from Automator, to Shell, to Keyboard Maestro and Alfred.

Just over 6 years ago, I switched over to using the Mac. I got a MacBook Pro from work, but have since switched to a Mac Pro. It’s an older model Mac Pro, don’t get too excited. I still love working with it though.

I now write my articles and automation on the Mac. Some of my favorites tools are Keyboard Maestro and Alfred.

I have the older model Mac, but my current Apple Silicon is a 12.9 iPad Pro. I’ve loved the iPad since the day it was released. with the current model, I can’t lie about using the LiDAR camera to make a 3D model of my workspace.

My other Mac hardware is a set of older model iMacs (great for Zoom and Teams calls), a pair of Mac mini’s, a pair of MacBook Air laptops, and several iPads I refuse to part with.

More Apple Silicon is on the way, have no fear. I’m not sure which model it will be, but I’m sure it will be impressive.

So, if you’re interested in the Mac, automation, light coding, and productvity software, I’m sure we can find something to talk about.