Zombie City Episode 1 has been sent to Apple.
Trailer:
http://www.youtube.com/watch?v=XJ__ZbKKwJY

We have listened to you and will be updating Zombie City with a radically better weapon system!
You would also get more powerful weapons to kill them ZOMBIES.

Then NEXT version will contain a MiniGun and a Rocket Launcher and some BOSS Zombies!!!
We promises you some serious Zombie Killing action that you would really enjoy 🙂

So get this app while its at a sale price, coz, the next version will be double price :0

Once again, THANKS to everyone, for making Zombie City a success!

It has been downloaded THOUSANDS of times!

FOR ALL THE FANS: Please write a review. In the review, let us know what you want to see in ZOMBIE CITY 2.0. What kinds weapons and what type of Boss Zombies?

You can now get Zombie City for FREE!!!

* Simply tell us why you think Zombie City is cool:
http://www.RetardedArts.com/promocodes

A lot of fans have been asking us for a video of the Zombie City… so here it is!
Check it out at:
http://www.RetardedArts.com/zombie-city

Here is the Detailed Description of ZOMBIE CITY:

You are in the Zombie City! Look out! Its time to free this town from the Zombies. You are one of the remaining ones. Beat the ZOMBIES and free the CITY!

This game is ACTION PACKED with great sound effects and amazing weapons! 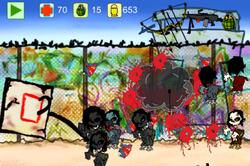 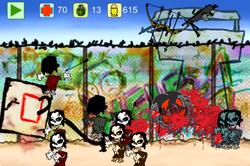