Driver by Gameloft has dropped in price to $4.99

"Gameloft has completely spruced up all the original graphics making for a much more colorful and visually impressive game than the original." (TouchArcade)
"Though Gameloft kept the seventies groove of the original Driver, the upgraded visuals are immediately noticeable. It’s not just that car models and building architecture are cleaner. Gameloft gave Driver a fresh paint job" (IGN)
————————————————–
Discover the most stunning racing game ever created for the iPhone. Driver, the game that introduced a new genre of driving games, is back with its amazing physics and fully revamped graphics.
You are Tanner, an undercover cop posing as a getaway driver with the goal of exposing a national crime ring. The investigation will take you to Miami, Los Angeles, San Francisco, and New York.
– A breathtaking story mode with 40 missions spanning 4 giant cities, and additional modes to keep the interest up (Training, Free Play mode, Driving games)
– Unprecedented driving physics: unbelievable stunts with flinging turns, stomach-dropping jumps and impressive crashes. Your car takes damage and can potentially explode!
– The most realistic urban environments on iPhone, with revamped visuals, detailed textures and beautiful lighting effects. Each city has working traffic lights, wandering pedestrians, moving traffic and vigilant cops on patrol.
– A great soundtrack, with 3 radio stations broadcasting tracks inspired by 70s music
With Driver, you are the wheelman. 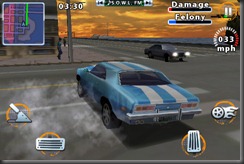 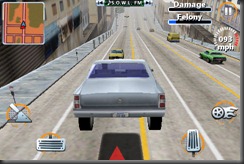 It's bad luck to be superstitious.