They just keep coming! The zombies are back, and this time they mean business! In order to have a chance against this ongoing invasion, of course you need to upgrade your defenses as well!

ZOMBIE ASSAULT Version 1.1 – ON SALE
50% DISCOUNT UNTIL NEXT MAJOR UPDATE

A completely new feature in ZOMBIE ASSAULT, the CLUBBER is the zombies’ worst nightmare! Just send him along a path and he’ll do the rest! Watch him slam those zombies out of the screen or stomp them into the ground!

Use the all-new SNIPER MODE to stop the Assault! With extra-smooth, super-accurate control, move your crosshair by tilting your iPhone/iPod and pick off those zombies one by one. If you like the DOOM Resurrection controls, you will love this mode! Keep those headshots coming!

Zombie Assault features over 40 ACHIEVEMENTS that are unlockable during the game! The game has a completely new Stats-Tracking system that stores your progress while playing and recognizes your special skills when you fulfil given challenges, like burning multiple zombies at the same time or reaching a given number of kills! You can also unlock new Special Defense Weapons in-game by reaching the Achievement Milestones!

Zombie Assault is completely integrated with OpenFeint, a next-gen Social Community for your iPhone/iPod! You can now compare your highscores to your friends who are using OpenFeint or to all the other people that are using it! You can even publish your Achievements on Facebook or Twitter, and search for your friends there as well! OpenFeint has already been implemented by many popular games such as Aurora Feint, Sentinel 2, StickWars, and many more! Join this growing community now and connect to the large user base that comes with it!

== The App Stork (pocketgamer.co.uk):
In a familiar template with a scrumptious undead theme, Zombie Assault’s impressively coiffured members of the recently un-deceased are a perfect match for the genre. It’s a steal at £0.59 – go get!

== Respawn-Radio Podcast (Ep9):
Pretty cool cartoony style like Zombieville, traps are very inventive […] This is the kind of game where you can sit down and for 3-5 min be completely entertained!

== iPodTouchFans.com (MR Team Review)
What if there was a simpler pick-up-and-play style defensive game, which is both addictive, and comically terrifying? […] In conclusion, if you love Flight Control or ANY tower defense game – You’re guaranteed to love Zombie Assault!

== TouchGamers.de:
For 79 Cents and Zombie-Friends definetly worth of taking a look at!

== taptoplay.de:
Zombie Assault is fun for in between in a lovely designed comic style. 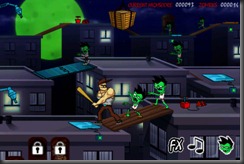 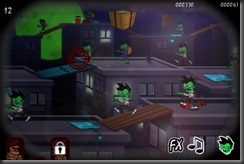