Back in September, I started my batch of Ginger Beer; a dark and chunky blend that included real bits of ginger. It looked dark, had floaty bits and generated an impressive head on it. When it was first crafted, I made the comment that it looked and smelled more like Guinness than anything else. Well, after opening the bottle and having a glass I stick to my original assumption. I think this Ginger Beer looks and tastes more like Guinness than any sort of ginger ale. But, is that a good thing?

After the initial shock, I focused on just the flavor of the beer and I have to say I like it. It’s dark, there’s no doubt about that. The color is like a cola. There are aromatics of coffee. When you first taste it you expect a bitter finish, but it never comes. I found it very smooth and drinkable with barely any bitter finish. There is just a hint though. I haven’t had a Guinness in years so I can’t say for sure if the flavor is similar, but it’s certainly got the look and feel of that dark beer. This is definitely a sipping beer, but it does go down smooth and easy. I have to say I’m quite impressed with the results. It wasn’t what I was expecting, but I’ve already put this on the list of beers to make again. In fact, the next time I go to the beverage store (tomorrow), I’m going to get another kit. It doesn’t exactly have a Halloween flavor, meaning it doesn’t taste like pumpkin or spice, but it’s dark and scary so I think I’ll need to make some more. I think I have found my traditional Halloween brew right here.

Anyone else made a Ginger Beer before? What are your thoughts on it? Is it like Guinness or no? 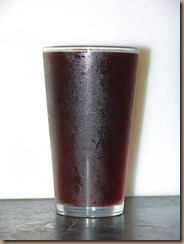 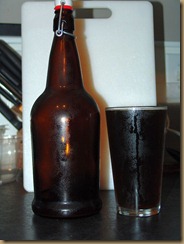 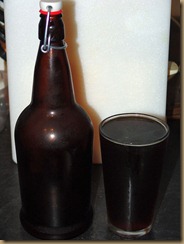 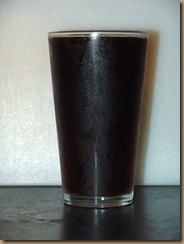