Let There Be Mojave!

While the hipsters are rocking their Apple Silicon, and plunging into Big Sur with both feet, I’m taking the slow and easy route by upgrading to Mojave.

After holding out hope that Apple and Nvidia would kiss, make up, and release some updated drivers for the Titan X card inside my Mac Pro 2010, I’ve realized the love is gone.

That lead me to install the Sapphire Pulse Radeon RX 580 because it has Metal support and Apple’s blessing. It’s not a flashed card, but it works out of the box and supports 4 monitors, two in HDMI, two in DisplayPort.

While I was in there, I spritzed up the joint with a few blasts from the air can, which sent some dust bunnies flying, and installed a 4 port USB 3.0 card because USB 4/Thunderbolt is the bleeding edge. No one said I was ahead of the technology curve.

The Mac Pro should now give me a couple more years of spectacular service. By the time the transition to Apple Silicon is complete, there should be a worthy upgrade to my Mac Pro. 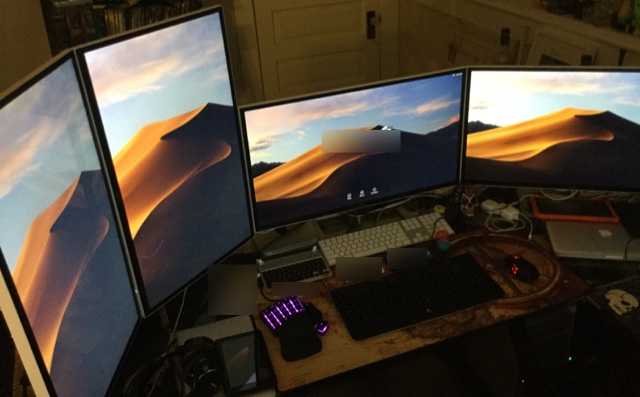